Type your search terms above and press return to see the search results.

Edward Hopper(1882 – 1967) was one of the most unique realist painters of the 20th century. Even though he travelled to Europe and especially Paris three times between 1906 to 1910, he stayed unaffected by the art scene and the new currents. When he was asked about Picasso he said “Didn’t remember having heard of Picasso at all”.

He defined himself as “an amalgam of many races not a member of any school” and he had a unique way of depicting crystal clear white light in his paintings. Light in Hopper’s paintings is not another medium to highlight a situation, on the contrary, light is the situation and has an entity that can express emotion, exactly in the same way a human face can express emotion.

For Edward Hopper however it was always technical. He was asked several times about his viewpoint and he always said  that there wasn’t a spiritual meaning behind his paintings.  For example, he approached a more surreal dimension in  “The room by the sea”(1951) which however depicts only a study of how the light reacts to the specific environment.

Edward Hopper was raised by a conservative middle-class family, in the north of New York city. During his childhood, his parents provided him with everything he needed so that he could evolve his natural painting skill.

By the time he was a teenager, he could already use pen-and-ink, charcoal, watercolour, and oil. After his high school graduation, he declared his intention to follow an art career and soon after he started studying at the New York School of Art and Design(1900 – 1906), the forerunner of Parsons new school for design.

Unlike many of his contemporaries who imitated the abstract cubist experiments, Hopper was attracted to realist art. In 1905, Hopper landed a part-time job with an advertising agency, where he created cover designs for trade magazine. As a result of this job, Hopper came to detest illustration but he was bound to it by economic necessity until the mid-1920s.

He temporarily escaped by making three trips to Europe, mostly in Paris, in order to study the emerging art scene there. After Paris, he returned to New York, reluctantly, to working at illustration projects. In 1913, he sold his first painting but recognition and financial stability didn’t come until 1923 when he could actually stop illustrations and start creating paintings and sell them. 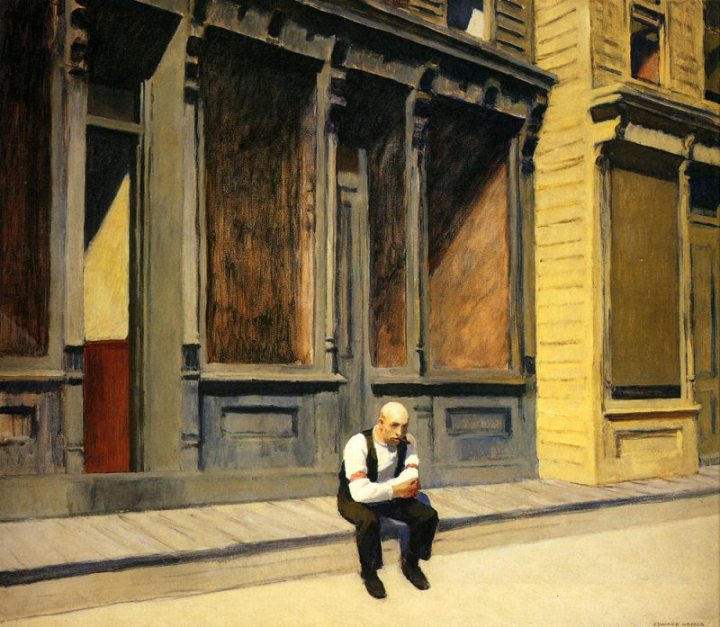 Hopper had his ups and his downs in his career. For very long periods of time,  he was struggling to paint. He once stated “It is hard for me to decide what I want to paint, I go for months without finding, sometimes it comes slowly” and these “dry periods” happened quite often. Especially during the late 40’s, during a period where Hopper also had health problems. 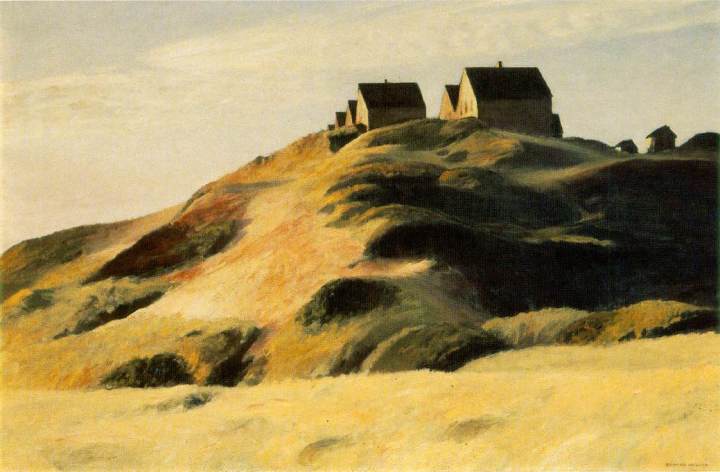 Hopper’s paintings highlight the seemingly mundane in our everyday life and gives it a cause for epiphany. Human figures in his paintings are often psychologically exposed, they feel regret, loneliness, boredom and resignation. They never look at each other, they never look straight in the viewer’s eyes, they are lost in their solitude, in their thoughts, they don’t want social interaction.  Since Edward Hopper lived in the era of transition to modern lifestyle, he depicted perfectly the impacts of this to the western man with social alienation being a major subject in his paintings.

We can observe for example that every individual of “The office at night”(1940) is distant, lonely, unhappy, lost in thoughts and no matter how close they are physically, they are totally distant mentally. Even the glimpse of eroticism that can be noticed, is starting to fade under the walls of the cold-lighted office.

Human beings on Edward Hopper’s paintings are surrounded by the urbanscape, they desperately trying to find their meaning outside of open windows, observing the line of the horizon or they wait pathetically for their destiny to happen during their sinking to boredom.

Hopper is perfectly matching the subject to the viewer and this is his success. He is talking the simplest language possible and he reaches us from the past, from an era without internet, with fewer things to distract a man’s mind,about the dark side of the westernised modern lifestyle.

Edward Hopper had a characteristic that only great artists can achieve. his paintings envisioned the role of man in modern societies: through his work, he foresees the future and the expansion of the alienation during the next decades following his death. He is exposing his subjects by removing any form of social conventions and he is revealing to us how people are, without all this stuff that distract us from whichever the meaning of life is for everyone. 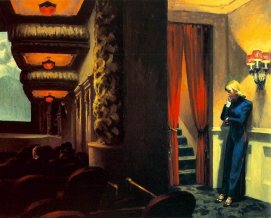 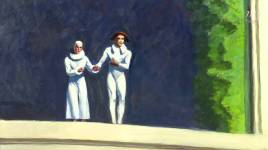 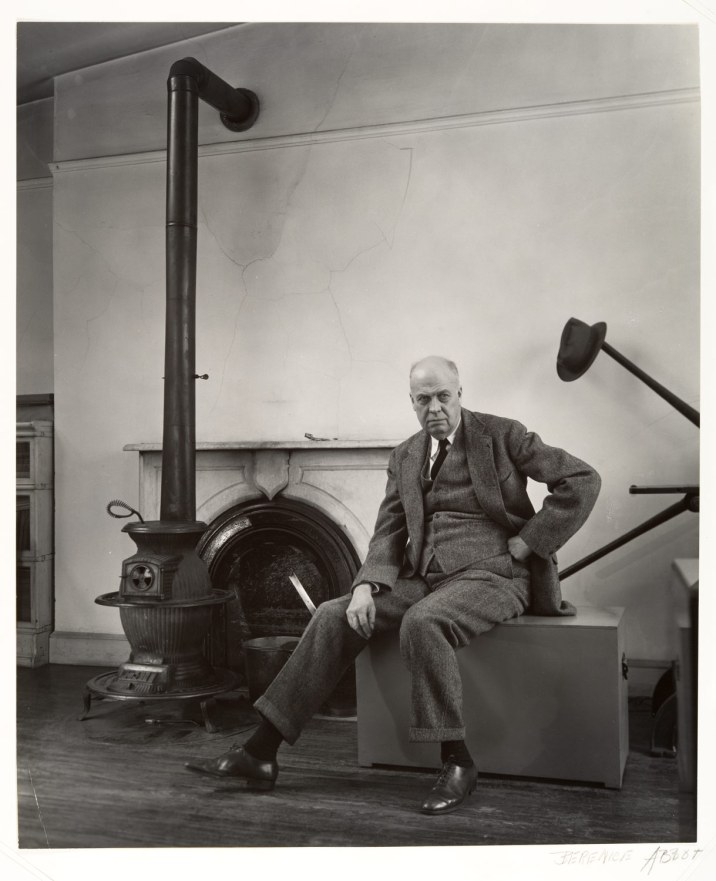