Type your search terms above and press return to see the search results.

Eugène Atget lived in the late 19th century and early 20th century in Paris. His stay there coincided with a very long in duration and scale work, renovation of Haussmann. This is essentially the refurbishment of Paris, a vast work that includes the elimination of medieval neighborhoods from the map that are marked unhealthy, not taking into account the historic value and their monumental character. Apparently, the city renovation motivates Atget, after an inglorious career as an actor, to photograph “old” Paris, buildings, roads and people that are changing slowly.

This is awesome with Atget, he recorded obsessively the town for almost 30 years, making at will documentary photo at a time when the idea of simple, objective recording into an image was primitive. For this reason Atget considered one of the pioneers of documentary photography.

Upon closer reading of his work, seeing that he had developed particular methods. He had specific hours within a day that he photographed and these were the early morning hours, because only then he could record buildings bare from the harsh sunlight, which it could creates high contrast. Choosing to remove from the frame the factors that were distracting, he de-dramatizated his images, thus concentrating the viewer’s attention to the main theme, i.e. a city that revamped rapidly. 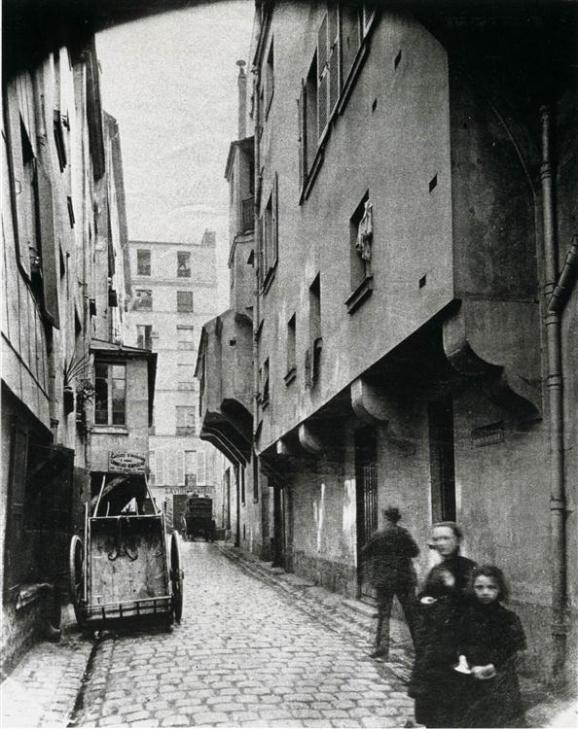 A lot of times Atget feels like a distant urban walker and this because the human element is absent too often from his pictures. Due to the limitations of the technology of wooden cameras used at the time, shutterspeed was extremely slow, so a man should stay still long enough so as to be recorded on a photographic plate sharply enough. In Atget ‘s photographs which includ humans, we observe that he places them carefully inside the composition so as not to become the main theme but part of the subject, which as we have said before is always the city. Also, most likely he was giving specific instructions to each man photographed in the way he wanted him to stand in front of the camera. Our above procedure proves that Atget was a very advanced social being since he managed to win easily the trust of strangers, for posing on his lens.

Atget did not leave behind a written work, and that creates a mystery around him. During his life, he served his purpose faithfully, with courtesy and discretion. Even when Man Ray approached him, because he saw on Atget some Dadaist and surrealist elements, and asked him to publish his photo “During the eclipse” Atget replied as follows: “Do not put my name on it. These are simply documents I make. “. Eventually the photo was on the cover of La Révolution surréaliste magazine and it is now one of the most recognizable photographs ever come.

After a second reading of Atget’s work, we realise that he was not only a photographer of a city was changing, but also a photographer of an era that was passing by. The only comments of his work by himself, was some notes he kept with the road’s name, the building and the date of each photograph. It is also very important that he never sought for publicity. He never asked more than what he already had, even when Berenice Abbott discovered him, two years before his death. In other words, we can say that Atget beyond charming purveyor on his purpose, he also understood the importance of recording an era’s ending. The question remains in my mind is whether Atget was a technical photographer or an artistic genius. As surely his work remains a treasure and I recommend a walk with him in Paris, with one of the many books you can find on the market. 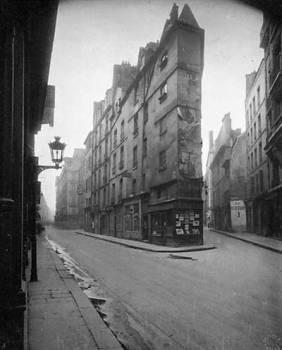 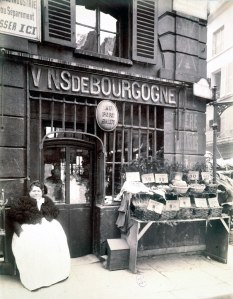 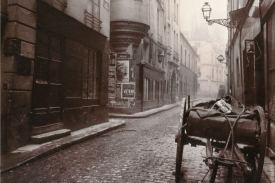